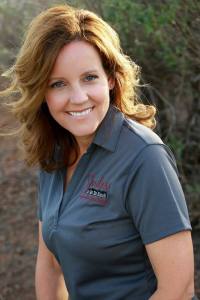 One advantage of the panoramic X-ray is its ease of use. Unlike other X-rays where the film is placed inside the patient’s mouth, the panoramic film is contained in a machine that moves around the patient’s head. Some people may be familiar with the panoramic X-ray because it is usually taken when the wisdom teeth are being evaluated. The X-ray will also reveal deep cavities and bone loss.  The panoramic X-ray has many other applications, including evaluating patients with past or present TMJ jaw joint problems; those who require full or partial removable dentures and partials; those who are at risk or suspected of having oral cancer or other tumors of the jaw, have impacted teeth such as wisdom teeth or have had any recent trauma to the face or teeth.

The panoramic X-ray can also identify some not so common problems, such as calcification within the carotid artery that may indicate the potential for a stroke. In one situation, my father-in-law had not been to the dentist in several years.  I referred him to my Friday office so he would be comfortable with another Dental Hygienist.  Full mouth series of X-rays, Panoramic X-ray, and charting were completed.    After the Dentist reviewed the panoramic X-ray it revealed a Bi-lateral calcification of the carotid artery.

The Dentist asked when the last time he was at his cardiologist.  He stated he was there yesterday and everything looked good according to his Doctor.   After discussing his findings he referred him back to his cardiologist for a follow up appointment.  After calling the Cardiologist office they got him in the following day and a test was done a week later.  The test revealed a 50% blockage on the left side.  To treat the blockage there are a few options.  Treat with medication, perform carotid angioplasty (a thin tube with a balloon on the end is threaded to the narrowed or blocked carotid artery) or Carotid Endarterectomy (a surgeon makes an incision in the neck and removes plaque buildup from a carotid artery, which helps restore normal blood flow through the artery. My father-in-law is in the early stages of these findings. He will have one more test to determine treatment.

The panoramic X-ray captures more than just the teeth. Normally, you don’t see the carotid artery on a panoramic X-ray because it doesn’t have any calcium in it and it’s like other soft tissue.  If there’s calcification in the carotid artery, then it will stand out.  It is recommended that if your Dentist notices this on your Panoramic X-ray, they should refer you to the appropriate specialists for further evaluation and treatment.

Want to learn more? Visit us at